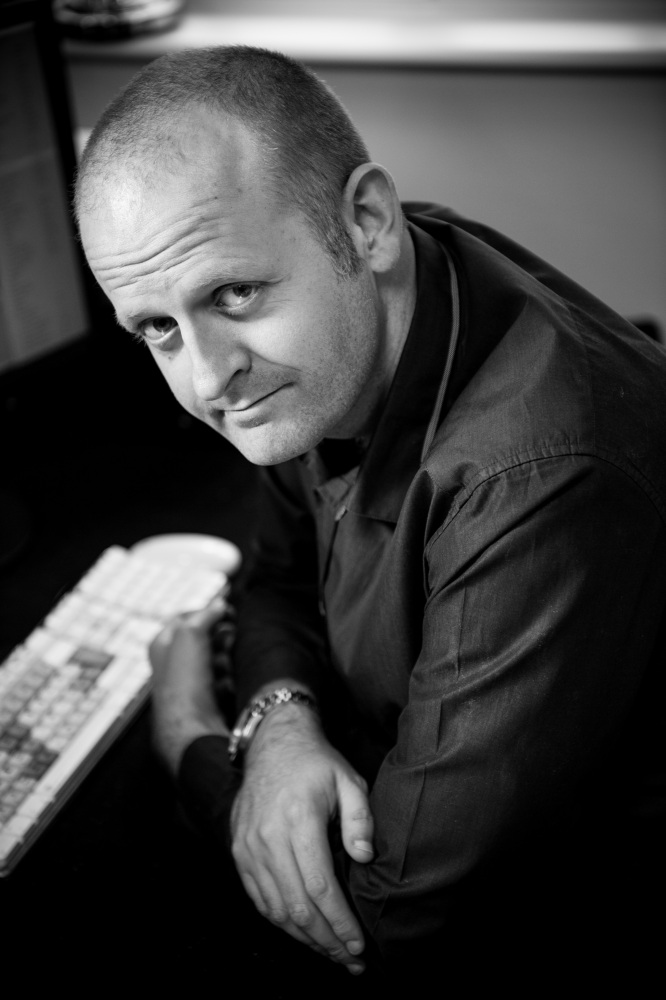 Mark Sanger, Academy Award winning Co-Editor of ‘Gravity’, most recently edited the upcoming action adventure “The Last Knights,” starring Morgan Freeman and Clive Owen. He previously collaborated with Alfonso Cuarón as a visual effects editor on “Children of Men” and on the Tim Burton-directed films “Sweeney Todd: The Demon Barber of Fleet Street” and “Charlie and the Chocolate Factory.”Amongst other productions during his twenty-two year career, he was an assistant editor or supervising assistant on ‘The Mummy’, ‘Troy’, ‘The World is Not Enough’ and ‘Tomorrow Never Dies’.

What got you interested in editing?
My brother and I used to make movies on Super 8 film when we were kids.  We really enjoyed the whole process but I was surprised to discover that it was the editing that engaged me most.  I used to hang the film, broken down into takes, from a string that ran across my room.  That was of course in the days before digital editing became accessible.

How did you get started in editing?
I took every opportunity available to me and gained a broad experience of how the industry is driven by working in every department I could.  I was always very enthusiastic but not very good in most of them.  Finally a good friend of mine who was a Production Supervisor said ‘You want to be an Editor don’t you?’ and got me a job as an Editorial Runner on a James Bond film.  It couldn’t have been better!

What is your preferred NLE(s) of choice? Why?
I use Media Composer for all professional work. It’s the only one I trust for stability and reliability when working on the large-scale projects where many of us are working together. At home I used to use Final Cut Pro for personal stuff but then they upgraded it to Final Cut Pro X and I didn’t find it as useful as Final Cut Pro 7, so I’ve got a copy of Media Composer for home now too.

Give us a run through of your editing process
Editing is story-telling.  The process is different on any project but always driven by the script and the Director’s vision. There are always technical challenges on any film, the key is to never let these outweigh the process of telling the story. The story evolves from the moment the cameras first turn-over. That is part of the thrill of editing. So from a practical point of view it is always good to keep every take, performance and option freely available and to hand.  It means the Director always has the flexibility and confidence to shape the story into it’s very best possible form.

What tips were you given that has been really helpful?
We spend so much time editing on a feature, always have a height-adjustable desk.  It means you can stand or sit, keep moving and don’t pile on the pounds.

How organized are you?
You’d have to ask my work colleagues that but I would like to think very organised in the work environment. I like to have performances broken down into moments to have all possibilities to hand. I also like to have a grasp on what the rest of the team are doing to ensure the machine is running as healthily as possible. However at home I am utterly useless.

Can you work without a script, finding the story and building it on your own?
Depends on the needs of the Director but the short answer is yes. The last film I cut we used the script as a first pass for the assembly and then never referred to it again. ‘Gravity’ was different in that the script was always there but Alfonso Cuaron would sometimes re-write it as we were editing, so the script was our Bible, but he would re-shape it, which would in turn re-shape the edit.

What is your favorite film? Favorite TV show?
I have no one film specifically , but as Directors I am in awe of Sidney Lumet, Stanley Donen, Alan J. Pakula, Sidney Pollack, Sergio Leone and Billy Wilder. I don’t really watch television, but I was very taken by both seasons of ‘House of Cards’, both the original series and the US remake.

What style of editing have you done? (Narrative/Documentary/News/Corporate/Wedding/Etc)
When I was 16 I edited corporate videos and wedding videos for a couple of years.  I’ve worked in features ever since.

If you could meet any editor, who & why?
I have been very lucky in that I have met every Editor I’ve ever been inspired by. Among them, Thelma Schoonmacher, Alan Heim, Lesley Walker, Richard Chew, Jay Cassidy and the great Christopher Rouse.

What advice can you offer to get through complex edits?
Work hard and long and if it’s still not quite working then leave it a day. Fresh perspective is always important and sometimes the greatest map to find yourself out of a maze.

Which plug-in(s) do you find most useful? Why?
To be honest, I’m not aware of using any plug-ins.  You’d have to ask my team that one!

How does the director-editor relationship work for you?
It’s different on every film as the Director always has different needs creatively. I see the role as to be there to act as a conduit to bring what’s in the Director’s head onto the screen.  Beyond that it is about being there to reassure them that the shot material is coming together as the shoot progresses, and managing the story.

What’s your overall philosophy about editing?
There is a magic that happens when a performance is heightened by a considered edit or when the juxtaposition of an image with another can create an entirely new and unexpected dynamic. That is the attraction and the beauty of editing for me.

Name one thing that you would tell an aspiring editor
Whether it be career or creative advice, always take as much advice as possible from as many people as you can. Then pool that information and be decisive with it to create your own path or style. There is no ‘best’ way of achieving anything in this medium, only what works best for you.