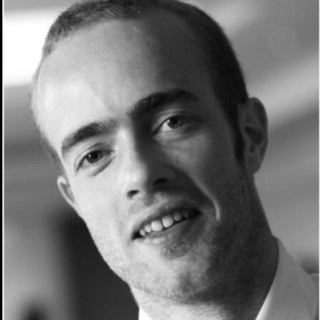 Jonny Elwyn is a freelance film editor living and working in London. Jonny loves to cut films with a heart and soul and especially anything that can make a difference in the world. That or make people chuckle. He runs a blog for all things post production on his site jonnyelwyn.co.uk and recently published an ebook on principles for successful freelancing called How To Be A Freelance Creative.

What got you interested in editing?
I got interested in filmmaking when I was really young and started messing around with my granddad’s old camera with my friends. Making stupid short films, animations and the like.  When I started taking film classes at school it was a way of making something out of nothing – to edit bits of other films together or also as a way of making sure the films I was making at school were what I wanted them to be. I was pretty lucky that my school had a tv studio in it, which was pretty unusual back in then (maybe still is??). So I always loved the creative power there was in editing, deciding what was in and what was out.

How did you get started in editing?
I got into editing seriously at university where I did a film production degree. There I ended up specialising in editing – always enjoying being the only one making the film at that time or the only one in a room with the director, deciding how it should go together. I love collaborating but I also love to see my ideas become reality.

When I graduated I decided just to blog my way as an editor, rather than starting out as a runner and working my way up. I’ve been freelance my whole career and loved it. Why does anyone want work everyday?

If the question is how did you get your first job then it was through a friend at Uni who had gotten a job in a post-house and put my name forward too. That’s how I got my first gig.

What is your preferred NLE(s) of choice? Why?
My preferred NLE of choice is definitely still good ol FCP7 but only because I know it so well – 10 years of muscle memory, understanding of its quirks and ways of doing things is hard to let go of. These days I’m cutting on Premiere most of the time because my clients enjoy the speed and efficiency of not transcoding anything. Plus FCP7 is too old now.

But I’m still learning Premiere and there’s a lot of good things and a lot of annoyances. But nothing is perfect you’ve just got to get on with it. I wish I could get on with Avid better – and l’m sure I will once I give it some more time. I think FCP X is the most intriguing editing platform out there. Avid is definitely resting on its laurels and is likely to get left behind.

Give us a run through of your editing process
My preferred approach is to start from the beginning myself – setting up the project from ingest, getting everything organised and then having the time to digest the footage and get a feel for what there is. A lot of the stuff I do with J&E Higham is interview based and so we use that as the spine of the film, which is I suppose more a documentary way of working.

What makes stories interesting is the people in them and so my process across everything I cut is to find the stuff with life in it – people being passionate, vulnerable, funny or emotional – anything that sticks out (even if you have to work to create some contrast if things are a little dry) – that will make the film worth watching.

Taking only those bits that are really the best bits, I’ll work them into a structure to tell the story and only then fill in the gaps with ‘lesser material’. Still working on the structure.

It’s easy to fool yourself that your structure is right or a scene is working, if you cut in the music and cutaways too early (in a non-narrative piece – most of what I cut is documentary, corporate, web content and the occasional music video, animation or advert).

So work hard to get the foundations right and then the film will tell you what things you want to be seeing in each section. Putting back in breathing room and any interesting little moments as you go.

Finally I love all the final polish stuff like grading, sound design, graphics etc. I love getting the details just right to really lift the film.

What tips were you given that has been really helpful?
Most of the tips I’ve been given have come from my director friend Jeremy, who I’ve known and worked with for the best part of a decade. Nowadays I just try to pass them off as my own! Jeremy’s way of working is highly collaborative in a trusting sort of way, and he would usually just leave me the rushes and see what I would come up with. Then we’d talk and shape it together from there.

So the most helpful tip would be: that if it’s not interesting to you, don’t put it in. Which really helped me to trust my intuition, rather than second guessing what I thought other people might want. To make the film you want to see.

The other tip, from an editor friend Neil, who is far more talented than I, is, always keep the funny in. After all, why not?

How organized are you?
Exceptionally. Ask my wife, it drives her crazy. You have to be as an editor and I can’t stand taking over a messy edit.

Can you work without a script, finding the story and building it on your own?
Yeah, in many ways that’s my preferred way of working and the majority of what I cut. Even with scripted stuff the film is in the rushes or it’s not. So find the film that’s in there and follow the performances with life in them because that’s where the film now exists.

What is your favorite film? Favorite TV show?
In terms of editing my favourite film is probably The Constant Gardener. Just because the editing and construction of the narrative totally shapes how you view the characters, which shifts over time. A bit like The Usual Suspects I suppose. I never get bored of watching it.

TV show wise I would say that West Wing is a firm favourite. But most of the time if I’m watching TV it’s with the wife and so it’s usually a family friendly comedy. Modern Family is a favourite.

If you could meet any editor, who & why?
Probably Walter Murch. Or Tariq Anwar who cut American Beauty and the Kings Speech or maybe Claire Simpson who cut The Constant Gardner. Why? I guess just to ask them for editing wisdom and advice! Given that I think the films they cut are superb.

What advice can you offer to get through complex edits?
Unpick it all and go back to your structure. Sometimes that means starting over and just taking the bare bones of the interviews or key moments and ironing it out a fresh. Other times it means scribbling down what should be on a piece of paper and re-arranging your cut.

Often things have gotten a bit muddled or complex because too many layers were added in too quickly. Respect the process of, one bit at a time and things should be ironed out as you go.

That and simply stopping and going for a walk or quitting for the day entirely and come at it fresh the next day. Why make life hard for yourself by struggling through super long days.

Which plug-in(s) do you find most useful? Why?
I don’t use many plugins to be honest. In FCP7 I used a couple of plugins called Face Light and Vignette but they were just a way of doing re-lighting in the timeline and these days I would do all that in Resolve.

I use little apps like MPEG stream clip, vlc, qt change, rip it, and others quite a bit.

How does the director-editor relationship work for you?
I like to take a crack at things myself and then work on that cut with the director. Even then I prefer overall notes rather than selecting takes or any form of too specific an instruction.although sometimes that’s important for the director to be sure they have all the best stuff. One thing I hate is anyone telling me where to cut frame by frame, especially with clicking fingers!

Ultimately though as the editor you are there to serve someone else’s vision and purpose so I’m happy to give loyal opposition at first and then if they are super specific and persistent I will give them precisely what they ask for. If they are happy I am usually happy.

How do you deal with problem clients/directors?
The problems with clients and directors usually boil down to either communication problems or some kind of relationship problem. The best thing is to stop emailing and start talking, as honestly and diplomatically as possible, face to face.

Usually there is something else going on, some kind of insecurity, upset or disagreement and you need to work those out first before you can work out the rest.

Of course, the best thing is to work with people you like and respect. Life is too short not to.

What’s your overall philosophy about editing?
What I love about editing is that it is the last place the film is made. Yours are some one of the last hands that it goes through and often in that editing space it’s just you and the director.  So I love the creative influence you have but also the challenges to solve all the problems that need to be overcome to tell a great story.

Name one thing that you would tell an aspiring editor
Cut a lot, cut often, cut as much variety of work as you can and don’t give up. That and listen to everyone.